The new cast includes: (character name romanizations are not confirmed)

Hina Kino as Hinatsu Yōmoto, a member of FFF alongside Nanami Totsuka and Yoshimi Nashiki

Fairouz Ai as Yoshimi Nashiki, a member of FFF alongside Nanami Totsuka and Hinatsu Yōmoto 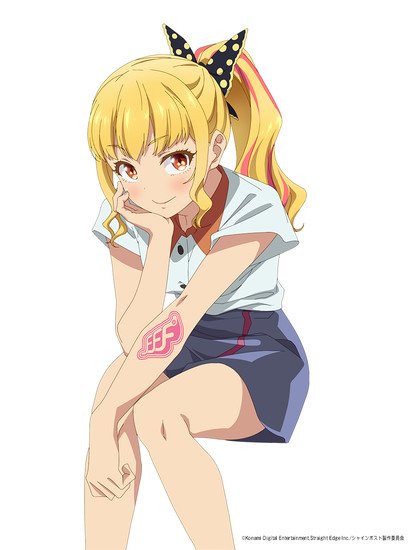 Aoi Koga as Natalia, a member of Yurayura Sisters alongside Miina Hirose 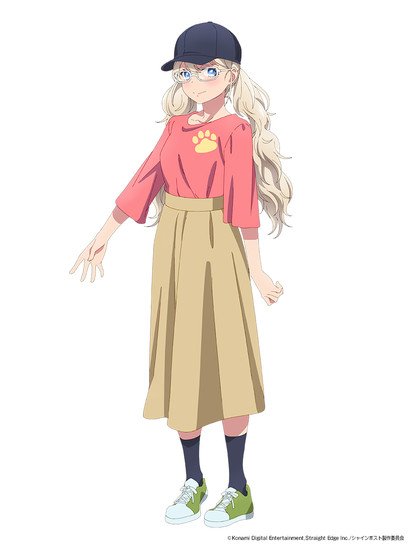 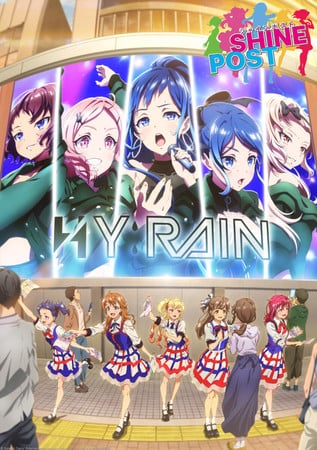 The anime will premiere in the AnichU timeslot on the NTV channel and also on BS NTV in July.

The anime’s cast includes the members of TINGS:

The other cast members include:

Kei Oikawa (Uma Musume Pretty Derby) is directing the anime at Studio KAI. SPP is in charge of the series scripts. Tatsuto Higuchi (Revue Starlight) is writing the scripts with Rakuda, who is also credited as the author of the original novel series and for conceiving the world view. Yoshihiro Nagata (Macross Delta) is designing the anime characters based on Buriki’s original character designs. Yōhei Kisara (Love Live! School idol project) of Stray Cats is producing the music.

Rakuda and Buriki launched the Shine Post: Nee Shitteta? Watashi o Zettai Idol ni Suru Tame no, Goku Futsū de Atarimae na, to Bikkiri no Mahou (Shine Post: Did You Know? The Most Ordinary, Natural, and Unique Magic to Make Me an Absolute Idol) light novel on October 8. The two previously collaborated on the Ore wo Suki na no wa Omae Dake ka yo light novel series that also inspired a television anime.

Belle is getting a vinyl soundtrack edition later this year. According to rightstuffanime.com, the expected shipping date is August 19, 2022. It contains 33...